Who stole my toilet paper? 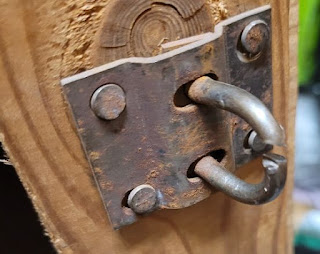 A couple of months ago, we received a phone call from our superintendent asking when we had been down to our storage locker. It had been a little while because we don’t need the stuff we often put down there. She let us know that our locker had been broken into and someone had cut the lock off the unit.

The first thing that came to my mind was we had purchased one of the locks that was difficult to cut, so why would they spend the time doing that. I didn’t think we had anything visible that was worth stealing. After that quick thought, we headed downstairs to figure out what had happened and to check to see if anything had been stolen, so we could start dealing with that.

Sure, enough, when we got down to the locker it had been broken into and the lock that was on the door wasn’t even our lock, so that was something that we found odd. I looked around and didn’t see anything missing and then my husband looked and in a tone of shock said “They stole our toilet paper”. Yes, whoever had broken into our locker had taken the large package of toilet paper that we had down there in case of an emergency, given the shortage we had at the beginning of covid. We quickly locked the door with a spare lock that we had and headed up to talk to the superintendent and then go and get another lock that is hard to cut. Our lock was nowhere to be seen, so we figured we better go quickly and get a new one. 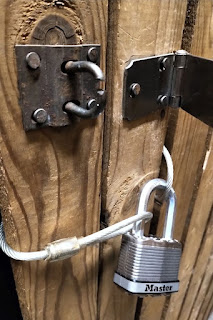 After getting our new lock, we went back down to the storage locker to put on the new lock, only to discover that they hadn’t cut our lock to break into our locker, but they had cut the actual loop that is on the locker wall. That is why our lock was missing because instead of cutting it they cut the loop so that they could bend it and get our lock off. That was a quick report to the superintendent, as that required property management to repair that so that we could then put our new lock on. Thankfully, we had a bike lock that we could use as a temporary lock until we were notified that the person was there to fix the locker.

Our locker now has the new lock on it, and we go down a little more often to ensure everything is ok. Now, a piece of advice for everyone, it doesn’t matter what you store in your locker, make sure that no one can see what it is. Toilet paper during covid was a big thing, but at least I know that the person that stole our toilet paper didn’t get the nice soft stuff, they got the rough toilet paper.